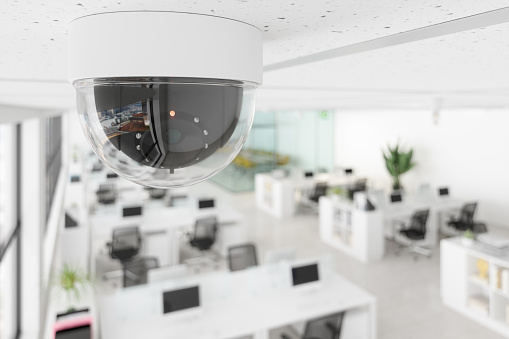 The Department of Interior and Local Government (DILG) released on Nov. 15, 2021 a Draft Memorandum Circular (MC) seeking to amend DILG Memorandum Circular No. 2014-119 which directs cities and capital towns to require the installation of Closed Circuit Televisions (CCTV) in certain business establishments to support the maintenance of peace and order and public safety.

Citing Local Government Units’ (LGU) power under the General Welfare Clause in the Local Government Code of 1991 with regard to maintenance of peace and order and the preservation of the comfort and convenience of their respective inhabitants, as well as the requirement that banks install CCTV systems, the DILG issued the Draft MC with the purpose of reviewing and revisiting the existing rules and regulations regarding the CCTV systems and the data it collects to make sure those are consistent with the progress in technology and to address the growing privacy concerns through the years. The Draft MC also seeks to encourage Local Sanggunians to enact an ordinance for the prescription of CCTV Systems as a requirement for the issuance of business permits, and to encourage City/Municipal Peace and Order Council Chairpersons to prioritize the inclusion of Programs, Projects, and Activities (PPAs) in relation to the guidelines prescribed by the Draft MC in their Peace and Order and Public Safety Plans.

Under the Draft MC, Cities and Capital towns are encouraged to enact an ordinance prescribing the installation of CCTV Systems as a requirement to the issuance of Business Permits to establishments that cater to a large number of customers or conduct transactions and operations which carry risks of being targeted by criminal activity and are prone to accidents, natural disasters, and other unforeseen incidents. These establishments include:

Further, the Draft MC states that ordinances must also contain the following provisions on privacy:

In connection with the abovementioned 3 week retention period, the Cybercrime Prevention Act of 2012 mandates that the “integrity of traffic data and subscriber information shall be kept, retained and preserved by a service provider for a minimum period of six (6) months from the date of the transaction. Content data shall be similarly preserved for six (6) months from the date of receipt of the order from law enforcement authorities requiring its preservation.” As further provided in the law, a service provider “refers to (1) Any public or private entity that provides to users of its service the ability to communicate by means of a computer system; and (2) Any other entity that processes or stores computer data on behalf of such communication service or users of such service.” Communication under said law is defined as “the transmission of information through ICT [information and communications technology]  media, including voice, video and other forms of data.”

Based on the aforementioned provisions, the establishments under the Draft MC which provides to users of its service the ability to transmit information through ICT media by means of a computer system, and such establishments which stores computer data on behalf of such service which transmits information through ICT media or users of such communication service are deemed to be under the provision of the Cybercrime Prevention Act and must comply with the 6 month retention period instead and not with the provisions in the Draft MC.

The Draft MC also provides that ordinances are further subjected to the following requirements:

For further details, the Draft MC can be accessed here.