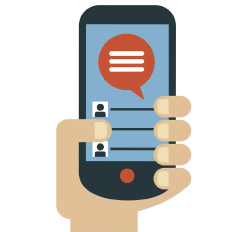 The following are considered foreign investors:

1. Citizens of a country other than the Philippines;

2. Partnerships or associations not wholly owned by Filipino citizens;

3. Corporations which are either:

a. Organized under Philippine laws, of which Filipino citizens hold less than 60% of the voting shares in the outstanding capital stock;

b. Organized under foreign laws and sanctioned as doing business in the Philippines by the Corporation Code, of which Filipinos own less than 100% of the outstanding voting capital stock.

For foreign investors to be able to own and operate a business in the Philippines, certain ownership requirements should be met.

Under the Foreign Investments Act of 1991 (“FIA”), a foreign investor is generally allowed to own 100% of any local business enterprise. However, the Philippine Constitution and certain statutes provide some limitations as to the extent to which foreigners can own and operate businesses in the Philippines. Certain industries such as mass media,3 retail trade,4 private securities agencies,5 cockpits,6 manufacture of firecrackers and other pyrotechnic devices7 and the practice of professions are wholly nationalized and do not admit of any foreign ownership. The advertising industry admits up to 30% foreign equity; while public services such as telecommunications and transportation services are allowed to have up to 40% foreign equity. While retail is reserved exclusively to Filipinos, the Retail Trade Liberalization Act permits foreign investment under certain conditions.

Notably, no foreign ownership restrictions are imposed on export enterprises where at least 60% of its output is exported, or on a trader that purchases products domestically and exports at least sixty percent (60%) of such purchases. In contrast, small businesses that serve the domestic or local market can only have a maximum of forty percent (40%) foreign ownership if its paid-in capital is less than US$200,000.

A complete list of the foreign equity limitations on businesses can be found in the Foreign Investment Negative which can be accessed through the SEC’s website. Note that when the Constitution or the law places nationality restrictions on the ownership of certain businesses, those companies are not allowed to employ aliens or place them in management positions. At most, the law permits these foreign investors a proportional representation in the governing body of the entity, that is, the Board of Directors. Violations of these nationality restrictions usually result in criminal penalties under the Anti-Dummy Law.