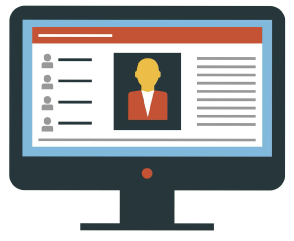 Board of Directors (BoD)

The BoD decides all questions pertaining to the corporate business and the administration of corporate property. In the exercise of its corporate powers, all acts of the corporation are done through the BoD, except for cases where the approval of the shareholders is required.10 The BoD exercises these powers upon the majority vote of its members at meetings held to discuss corporate business. The Chairman of the BoD presides over the meeting while the Corporate Secretary records the proceedings. BoD decisions are embodied in so-called Board Resolutions, which are contained in written minutes of all BoD meetings and kept by Corporate Secretary.

It is typical for the latter to issue Secretary’s Certificates or attestations concerning the existence of particular Board Resolutions (such as those authorizing the taking of any corporate action, e.g. , opening of bank accounts, entry into contracts, etc. ). As a rule, all corporate actions must be approved by the BoD and evidenced by a Board Resolution.

The compensation of the Directors may be fixed in the By-Laws. In case no such provision exists, the directors shall not receive any compensation except for reasonable per diems.

Shareholders and their Rights

In addition to such rights, the shareholders also possess an “appraisal right” which allows a dissenting shareholder to demand payment of the fair value of his shares in certain cases where there is a substantial change in the corporation’s nature and capacity to carry out business. The shareholder also has a “pre-emptive right” which generally allows him to subscribe to a subsequent issuance of shares in proportion to their respective shareholdings.

Officers of the Corporation and their Functions

The Corporation Code prescribes at least 3 officers of the corporation namely: 1) the President 2) Treasurer and 3) Corporate Secretary. It also prescribes the specific qualifications for such officers. Additional corporate officers may be created and their duties and qualifications may be provided in the BL.

B. Special Considerations for Startups

Kinds of Shares of Stock: Preferred versus Common

A corporation raises funds chiefly through a mix of debt and equity financing. Debt financing involves taking out loans, usually from a bank, in order to finance a business. This allows the incorporators to maintain control of the corporation, while at the same time be able to use the loan as an expense that can be a deduction against the company’s tax liability. Moreover, debt financing allows for a capital infusion without having to share any net income of the corporation. The maximum return for the lender is the interest rate set in the debt instrument.

Among the responsibilities of corporations registered with the SEC is the annual submission of the General Information Sheet and Audited Financial Statement. This is a requirement that should be complied with promptly and accurately because late filing and/or non-filing carries with them penalties ranging from fines to revocation of the corporate license.

The GIS should be certified and sworn to by the Corporate Secretary. It should be filed within 30 days from the date of the annual SH meeting or members’ meeting. If the corporation is not in operation, it should submit an Affidavit of Non-Operation.

If the stock corporation has a paid-up capital of PhP 50,000.00 or more, the AFS shall be audited by an independent certified public accountant registered with the Board of Accountancy. In case the amount of the paid-up capital is less than PhP 50,000.00, the AFS shall at least be certified under oath by the Treasurer of the corporation. It should be submitted within 120 calendar days after the end of each fiscal year, as indicated in the Financial Statements (FS).