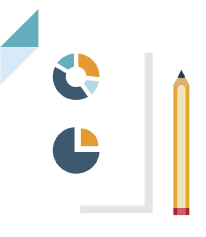 Generally, contracts do not require a specific form under Philippine law. They may be verbal or written as long as there is an agreement (or a “meeting of the minds”) between the persons entering into a contract. Contracts are evidenced by an offer and an acceptance. When valid, a contract is considered as the law between the par ties. In some cases, certain (unperformed) contracts must be in writing to be completely valid, such as: the sale of goods valued at above PhP 500.00 and the sale of land.

If the consent of either party to a contract has been impaired either through fraud, force, accident or mistake, the innocent party can have the contract annulled or declared void. This includes contracts entered into by minors and those who are victims of misrepresentations.

Illegal contracts such as those which are contrary to law, morals or public policy are void and have no effect whatsoever. Note that if both parties knowingly entered into a void contract, the courts will refuse to take any action to annul or reverse the effects of the contract. Under the in pari delicto rule, the court will leave the parties as they are (without any relief) as a penalty for entering into a void contract.